Fuzzy has a lifelong habit of volunteering.

In 2013 he was elected National President of The Voice of Australia’s Volunteers.

He speaks to volunteer groups without charge.

“Wellbeing Psychologists tell us that the single most powerful thing we can do to raise our spirits and enhance wellbeing is to serve others. Serving a world larger than that encompassed by self-interest raises us to a different level of humanity. When we all lived in hunter gatherer clans, connected to, sharing with, and serving our fellow clan members, this was a necessity which needed no consideration or discussion, but in today’s world of materialism, government safety nets, superannuation and insurance, many of us have concluded that selfishness is better and serving others is a waste of time and energy and should be left to governments and other institutions. I strongly disagree, because serving others trumps selfishness on the wellbeing scale as well as in the spiritual realm. In Australia almost half of us serve for the betterment of society without any thought of payment.”

Fuzzy Trojan from his book “Fuzzy’s Quest for The Yellow Circle”.

Join The Voice of Australia’s Volunteers.

Suggested and successfully lobbied for closure of a section of an adjacent street to increase the school’s limited playground space.

Gained familiarity with attitudes and issues of prisoners.

Did not continue into active volunteering due to unexpected external demands.

Learned about the issues and functioning of the men’s movement.

Became involved in local government affairs, spoke at public meetings, made submissions, got to know councillors and council staff and contributed informally to council issues and discussions. When the Council closed due to amalgamation, I was presented with a set of commemorative glasses for my contribution as “the longest serving member of the public gallery”.

Learned about the functioning of Local Government at both the bureaucratic and political level,

Three years’ service as chairperson, two as deputy chairperson and five as an ordinary member. The committee was responsible to the Minister of Environment. Awarded “Consultative Committee of the year”. Convened meetings on sensitive issues in National Parks such as horses, mountain bikes, orienteering, fox eradication and controlled burning. 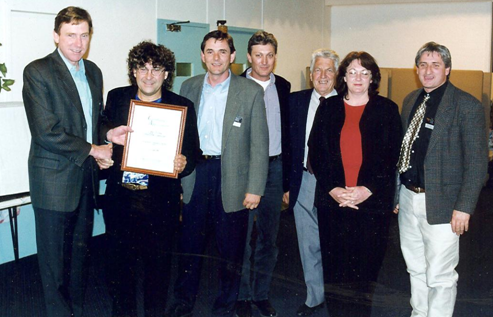 Served for one year.

Served till the Department of Civil Aviation agreed to move a proposed radar tower from Marble Hill to Mount Lofty.

Raised funds by conducting tours of the Society’s historical display.

Served for one year.

Acted as foundation chairperson. Purpose was to protect the heritage listed Norwood pool.

Started the association with 2 others to provide purpose built housing for people with MS.

Joined the program in December 2010.

Role as a Golden Guru is to mentor CEO’s and senior managers of not for profit organizations.

Promoting the role of volunteering through speaking to a wide variety of organizations, schools, etc.

Foundation member of a National organization to represent Australia’s 6.2 million volunteers and 665,000 volunteer driven Not for Profit Organizations. Elected as first National President in 2013.

Started the Foundation to transform the city of Adelaide as humanity transitions into the Robot Age.